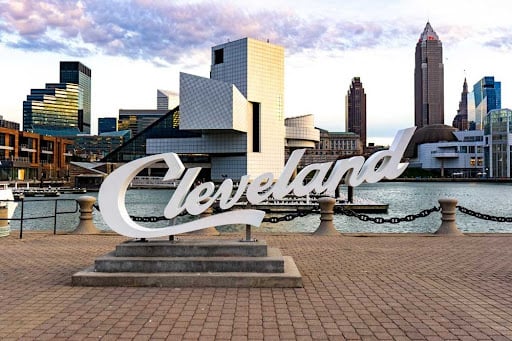 GET YOUR FREE
MOVING QUOTES HERE 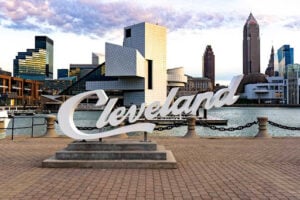 Cleveland has become one of the major cities in the US and is a powerhouse when it comes to professional sports. It is also home

Cleveland has become one of the major cities in the US and is a powerhouse when it comes to professional sports. It is also home to Hollywood stars, like the stunning Halle Berry and the amazingly talented Tracy Chapman.

But, what is the Cleveland Ohio cost of living? And how much will you have to earn to make the move, and hire a moving company?

In this comprehensive guide, we’ll be covering everything from housing, utilities, transportation, and entertainment.

Cleveland, Ohio, is one of the major cities in the U.S. and the county seat of Cuyahoga County. It has a population of 385,525, making it the second-largest city in Ohio. Despite being a major city, the cost of living in Cleveland is lower than the national US average, with a solid score of 72.6 on the cost of living index.

This means that living in Cleveland is cheaper than most cities and states in the US.

Although living in Cleveland is relatively affordable, that doesn’t mean that it lacks city flavor. In fact, Cleveland is well known for its professional sports teams, recreational and cultural sites, and museums. The city is also a hot spot for financial professionals due to the location of the Federal Reserve Bank.

In this cost of living guide, we’ll be breaking down everything you need to know about possible expenses when living in Cleveland.

Let’s start with one of the largest and unavoidable expenses; housing!

Housing is one of those unavoidable expenses that is often costly and time-consuming, that is why is considered organizing the home. Choosing a place to live is incredibly stressful, and there is just so much to consider. For example, you’ll have to consider your job, how far and how often you’re willing to travel, and your family.

And then there’s the price!

Now, the cost will depend on whether you’re looking to buy or rent.

If you’re thinking about renting an apartment in Cleveland, you can expect to pay between $500 to $2,500 in rent for an apartment. Now, the cost of rent will depend on the area you want to live in and the size of the apartment.

The cost of housing in major metro areas has slowly increased to become more expensive. So, if you’re wanting to live in the city center, you can expect to pay around $1,332 for a single-bedroom apartment.

If you have a family and are looking for a larger apartment in major metro areas, expect to pay around $2,225 for a three-bedroom apartment.

Those rent rates are pretty pricey, and if your jaw is on the floor, we completely understand. If you’re looking to lower your Cleveland Ohio cost of living, we suggest looking at apartments that don’t have expensive amenities such as a pool or gym.

We also suggest looking for apartments outside city limits since these tend to be cheaper.

It’s all about location!

If you’re considering making a move to Cleveland more permanent, you could be interested in buying a property instead of renting.

While buying is more of a commitment than renting, the costs are pretty similar. The cost of a property depends on the size, location, amenities, and whether you decide to purchase an apartment or a house.

For example, you can expect to pay around $153 per square for an apartment in a bustling metro area or expensive suburb.

If that’s too expensive, choosing an apartment outside the city center can cost you around $48, which is much more affordable.

If apartments aren’t your style or you have a large family, you might consider buying a house. The median cost of a home in Cleveland is around $306,401, which is quite pricey.

In addition to housing, you’ll also have to consider utilities in the Cleveland Ohio cost of living. Much like housing, utilities are one of those unavoidable costs of living.

One of the main utilities is electricity. The current cost of electricity is around 12,67 cents per kWh. So, if you’re living in a 915 sq ft apartment, you can expect to pay about $200 per month on electricity alone. This is quite pricey, especially when compared to the average cost of rent.

Another essential utility is access to the internet. Now, how much you end up paying for your monthly internet bill will depend heavily on your service provider. However, you can expect to pay around $65 for a 60 Mbps uncapped line. An 8 Mbps uncapped line could cost you approximately $45.

Given the price and speed difference, we suggest splurging on a 60 Mbps line.

We all need to eat, and most of us prefer to dine on delicious, healthy food. By now, you know that your weekly or monthly grocery bill depends on where you choose to shop and what you decide to buy.

That being said, if you’re thinking of moving to Cleveland, it is a major help to have some idea of the cost of basic groceries. On average, you can expect to pay around $2,75 for a gallon of milk, about $2,31 for a loaf of bread, and $1,78 for a dozen eggs.

These prices are pretty average across the US, so you shouldn’t have too many surprises with your grocery bill.

For those who hate cooking and would prefer to eat out, you can expect to pay around $15 for a meal at an inexpensive restaurant. If you’re feeling a bit fancy, you could enjoy a two-person three-course meal at a mid-range restaurant for around $52.

If you’re looking for fresh produce as well as some fresh air, we recommend you check out a local farmers market. Cleveland is a large city, so it comes as no surprise that it is home to over ten farmer’s markets!

In addition to selling fresh produce, most farmers’ markets also serve fantastic street food such as delicious burritos and quinoa snack bites if you don’t feel like cooking.

Enjoying the local farmer’s markets are also a fantastic way of mingling with the locals and making new friends.

Having access to excellent healthcare facilities is an essential aspect of life. When considering Cleveland Ohio cost of living, healthcare is 1% higher than the national average. This means that the cost of doctors, vet bills, and dentists shouldn’t break your bank account.

For an optometrist, you can expect to pay $105.

If you need the pharmacy for some essential medication, a box of antibiotics can cost you around $8, and some cold medicine like Tylenol and Codex costs about the same.

Overall, the healthcare in Cleveland is pretty standard and shouldn’t end up costing you an arm and a leg.

Having access to a reliable source of transportation is essential, whether that’s in the form of a private vehicle or public transport.

If you opt for private transport, you can expect to pay around $2.68 for a gallon of gas. However, you should be aware that Cleveland was ranked No. 85 on the list of Worst Cities in the United States for driving.

In fact, the average commute time in Cleveland is around 36 minutes, but this varies depending on the time of day, day of the week, and weather conditions.

Cleveland is an icy city and when the weather is bad, expect your commute time to double. You should also be prepared to spend a lot more on gas and auto expenses because of this.

In Cleveland Ohio cost of living, you can expect to pay between $93 to $95 for a monthly bus pass. A one-way ticket can cost you around $2,50.

The average cost of a taxi starts at around $2,75, and you can expect to pay around $21 for a taxi trip of 5 miles on a business day.

There is much more to Cleveland than just work and expenses. While you’re spending cash paying your bills, you may want to set some aside to spoil yourself! There are a plethora of fun things to do in Cleveland, but how much will it cost you?

If you live a more active lifestyle, you might consider investing in a gym. A monthly gym membership could cost you around $30, which isn’t that bad. If you like sports, renting a tennis court for an hour on the weekend, it’ll cost you around $15.

Cleveland is also home to many theaters if you love musicals and live shows. Depending on the show you choose to see, you can expect to pay around $211 for some pretty great seats!

How Much Will You Need to Earn to Live in Cleveland?

Given that the cost of living in Cleveland is slightly below the national average, your current salary should suffice if you decide to make the move. That being said, there are some overall estimates on what you should be earning to lead a comfortable life.

For a four-person household, that is, two parents with two children, the yearly income should be around $60,900 per year to secure a decent standard of living.

If you’re living on your own, you’ll be able to live decently on around $26,112 a year. So, if your current earnings are within this range, you should be able to live quite comfortably.

If you’re relocating because of a new job opportunity, be sure that your salary is market competitive and within range so that your move can be as seamless as possible.

We strongly suggest you speak to your partner about it and carefully think through everything that goes along with moving.

Relocating to a new city or state is never easy, especially when you consider all the time, effort, and cash that goes into it. A crucial first step is to do your research and look at that; you’ve already started!

Once you’ve done all your research on the Cleveland Ohio cost of living and have figured out a budget, there’s nothing left to do but take the plunge!

Cleveland is a lively city with a ton of fun activities to do. It is also a great place to raise a family and offers affordable healthcare, facilities, and educational institutions.

Living in an affordable city, especially if you want to raise a family, is an excellent financial decision. So why not make the leap and live your best life? 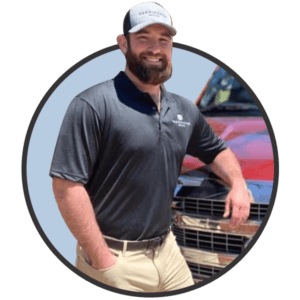 Get your free quote today!

We’ll take the heavy-lifting off your hands so you can focus on what matters: making your new house a home. So sit back and relax while we take care of everything else!